Haut-Rhin Prefecture and Judicial Capital of Alsace, Colmar is at the foot of the Vosges Mountains, at the centre of Alsace, at the heart of the Rhine Plain. Colmar is an ancient “Decapole” city (created in 1354), the Ten Alsatian Free Cities League then being part of the Holy Roman Germanic Empire. The city’s situation at the heart of the Alsatian vineyard and close to the Vosgian foothills, as well as its climate ideal for vine cultivation earned it the “Alsatian Wine Capital” name. In the Middle Ages, Alsatian wine was already very sought-after in Europe. It boasts one of the most visited Fine Arts Museums in France, the Unterlinden Museum which houses the Issenheim Altarpiece. Also a cultural player, Colmar is the birthplace of New York Statue of Liberty creators Auguste Bartholdi and Jean-Jacques Waltz, better known as Hansi. 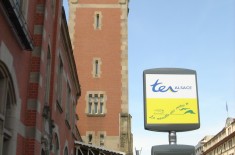 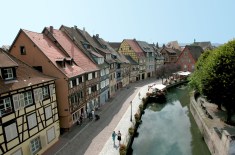