Alsace is one of the European regions with the highest number of Fortified Castles. Today derelict for the most part, their silhouettes make up the Alsatian landscape along the Vosges. Whereas in the Middle Ages, Fortified Castles in the Plain accounted for two-thirds of the five hundred Castles identified in Alsace, today Mountain Castles represent nearly every building with significant and visible features for visitors to appreciate. Castles are fortified structures, places of defence and power, of residence, and sometimes house administrative centres. Fortified castles developed in Alsace when the Holy Roman Germanic Empire dwindled. They epitomize the protection of a territory and its inhabitants, and implement the authority of the Lord. True landmarks of the region’s medieval history, they overlook the plain, keeping an eye on valleys, transport channels and sometimes abbeys. Built in stone from the twelfth century – or even the eleventh century for some – but progressively abandoned because of local wars and battles, maintenance costs and lack of comfort, many of them still withstand the passage of time on the Alsatian side of the Vosges Mountains.

> Discover the Castles on the Park Territory (in French only) 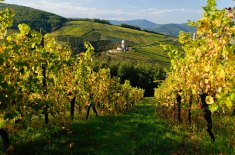 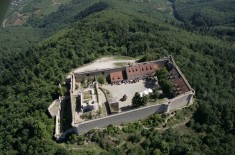 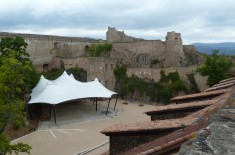 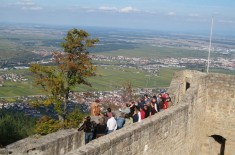