The territory abounds with sites related to the two World Wars – but these are not alone in recalling Vosges Mountains history. Others such as the House of Négritude and Human Rights in Champagney or the House of Witches in Bergheim commemorate in an original way. For many years associations and communities have sought to promote the territory’s cultural heritage and remembrance sites.

The Great War profoundly marked History and mountain landscapes. During the war, Alsace – under German dominion since 1871 – endured deadly battles. The now touristic Crest Road overlooking the Massif was built for military ends. At the Col du Linge, the Franco-German conflict killed 10,000 in July-August 1915. At the same time, the main military assaults took place at the Hartmannswillerkopf or Vieil Armand, classified Historical Monument in 1921. Today this site still hosts impressive vestiges of its war past, notably a remarkably well-kept network of trenches. 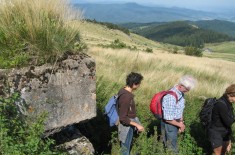 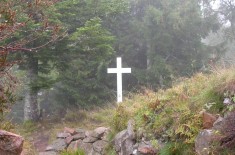 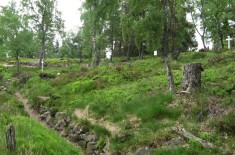