In olden days, the industry was rural and dependent on geographical conditions. Watercourses, subsoil wealth, and forest density were as many elements in favour of industry, led by the water wheel in the Middle Ages until the middle of the nineteenth century, and then by turbine and steam.

In the Middle Ages, hydraulic power became widespread with diverse uses: flourmill, “molin pour soier planches” (old French – wood-sawing device), mine exploitation, iron and steel industry… each watercourse used to feed a mill, a high-iron, a forge. The Sagards honed their skills sawing wood with a long vertical blade; its back and forth movement was transmitted by a huge water wheel or turbine. Sometimes the water was brought to the “high-iron” via a penstock pipe. The high-iron is a long-toothed metal blade for vertical wood-sawing. By extension, this word designates the entire traditional hydraulic sawmill. Owners, associations and communities re-enact a history neglected in the early twentieth century. The sites open their doors and set their wheels in motion…

The Vosges Mountains subsoil is also quite generous. Silver, copper, iron, cobalt, coal, or again arsenic have generated considerable extractive activity since the Middle Ages. Mining reached its peak in the seventeenth century and disappeared during the twentieth century. The arrival of miners from Saxony, Bohemia, Tyrol and Palatinate led to a true “silver rush”. Work in the mine had a great economic, social and cultural impact. It profoundly marked the vocabulary, customs, landscape and toponymy in the Vosges Mountains. After the old mines were abandoned, they became shelters for fragile fauna and flora – still, the mine spirit remains, with vestiges to discover on every mountainside: Val d’Argent, Le Thillot, La Croix-aux-Mines, Giromagny. A dozen sites organise visits into this fascinating realm.

The economic development of many Vosgian valleys originates from mining. A strong workforce and the existence of “industrialized” sites eased the redevelopment of new industries, notably textile, at a time when mines were closing down in the eighteenth century. In the nineteenth century, factories settled along watercourses and drew power from the rivers. The first plants resembled large farms with many windows. The farmer-workers still lived in neighbouring farms. From 1872 many factories appeared downstream throughout the Vosgian valleys. They imposed their long one-storey buildings with slate roofs on the landscape. Constantly seeking to settle their workers, industrials built barracks then estates adjacent to the factories. The barracks could house up to ten families; the estates were accommodations with gardens, lined up in military style. This was the Golden Age of the textile industry. Industrials built factories, canals, chimneys, estates, schools, nurseries, economats, churches. The first textile crises added to the destructions caused by the two world wars. In the Fifties, the textile industry faced a major crisis that called for a complete change. The Vosgian production maintained a top-of-the-range and ennoblement production.

Local Industry Label
“Vosges Terre Textile” and “Alsace Terre Textile” (Textile Lands)
Around thirty companies are labelled “Vosges Terre Textile”, and are easily identified with their logo “Acteur des Vosges terre textile”. This label guarantees consumers that more than 75% of the manufacturing process took place in the Vosges Mountains, within accredited factories. Authenticity, origin, respect of a Good Practice Charter and the “Terre Textile” stamp – equivalent to the French AOC label for textiles – are therefore guaranteed for the consumer.
Paul de MONTCLOS, President of the “Syndicat Textile de l’Est”, of “Terre textile®” and of “Vosges terre textile®”
http://www.vosgesterretextile.fr/

Discover Industrial Heritage (In French only) 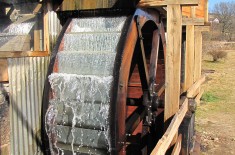 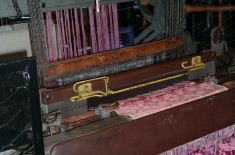 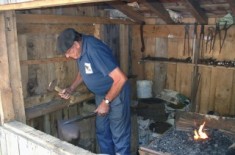