On a few Alsatian hills sheltered by the Vosges Mountains and overlooking the Alsatian vineyard, high temperatures, low rainfall and hard limestone provide ideal conditions for the development of arid moors and lawns.

Forest clearing for agriculture – perhaps as early as the end of the Neolithic Age, as with high stubble – favoured their growth. But the Gallo-Roman Era saw the development of vine cultivation and pastures to the detriment of oak forests. Many species inhabit these moors – displaying true Eastern steppe landscapes in places – often at the far edge of their distribution area, and originating from the Mediterranean Basin or Central Europe. These arid lawns shelter 500 plant species – among which fifteen orchid species, and constitute favourite haunts for many insects (bees, butterflies, crickets…) or again green lizards, cirl buntings or hoopoes. They provide shelter for species hunted on the plain due to increased farm activities, as well as for species originating from the Mediterranean or Central Europe. 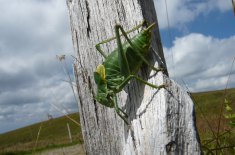 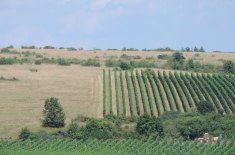 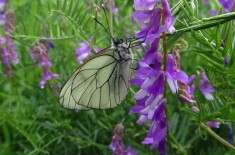 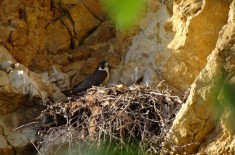