The Park Territory is crossed by many streams and rivers. These watercourses start from a mostly granitic base, and produce acidic waters with low mineral content.

These are “poor” rivers, yet they shelter ecologically valuable “sentinel” species: miller’s thumbs, brown trouts, lampreys or rare white-clawed crayfish. Nearly 400 peatlands developed in basins from the glacier era, or on slopes after heavy rains and streams. They spread across the Lorraine side at a high altitude, and on the Plateau des Mille Etangs. These environments are original and very rich. They thrive in abundant waters low in mineral content, and in cool weather. True enclaves for the boreal climate that prevailed over the Vosges Mountains approx. 12,000 years ago, today they shelter many animal species in a mild climate – such as Cranberry Fritillary or Least Water Lilies. These peatlands are wonderful life reservoirs as well as great natural infrastructures that play a key role in the water cycle. The territory counts many lakes, mostly artificial, except for a few great ones such as the lakes of Gérardmer, Longemer and Retournemer or some smaller relict lakes of glacial origin, such as Sewen. The others were created by Man a long time ago or more recently, for timber rafting, or industrial development (mine and textile). Today they are used as drinking water reservoirs, to produce energy, or for leisure. All these water bodies shelter many rare species such as lake loaches or red-clawed crayfish, or provide resting places for migratory species.

The Plateau des Mille Etangs in Haute-Saône is the Park’s second greatest natural wealth. Its numerous ponds created by Man in small basins further to peatland exploitation were long used for fish farming. Even though their cold and acidic waters restrain productivity, they are nonetheless suitable for traditional carp farming. Leisure activities progressively replaced fish farming – abandoned ponds evolve into marshlands and peatlands with great biodiversity. 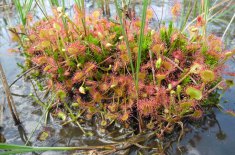 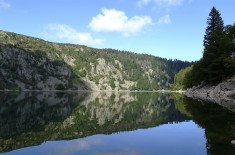 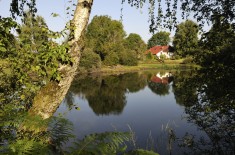