The Southern Vosges Mountains’ remarkable natural and cultural heritage is a wealth of emblematic landscapes that attract many visitors and earn it the Regional Natural Park status. Touring the Ballons des Vosges Regional Natural Park means discovering this heritage and meeting the men and women who keep it alive.

As early as the Neolithic Era (between 5,500 and 2,000 years BC), the Vosges Mountains were crossed by peoples who would stay and hunt there on a regular basis. Until the arrival of the Romans, Man was more present in the mountain. From the sixth century, under the impetus of an Irish Columban monk, many monasteries and abbeys were built – supported by local aristocracy. They initiated the first forest clearings and slope colonisations, and contributed to the development and opening of the valleys. The early mountain exploitation relies on natural resources, water, wood, soil and subsoil. A land of transit and intermingling, this zone of contact and of border began in the wake of the Holy Roman Germanic Empire, then partly of the Duchy of Lorraine. Religious wars in the sixteenth century, then the Thirty Years War in the seventeenth century marked the rupture with the Germanic world. Alsace was placed under French protection by the Treaty of Westphalia in 1648, and then in 1679 by the Treaty of Nijmegen. In 1678, after the Dutch War, the Franche-Comté region became French. In 1766, when Stanislas Leszczynski – Duke of Lorraine and father-in-law of Louis XV – passed away, the Lorraine region also joined France.

When départements were created in 1790, the decision-making centres moved. Formerly a religious, economic and political hub, the mountain lost its influence to Vesoul, Belfort, Colmar and Epinal. After the 1870 War, Alsace became German and remained so until 1918: the Crest was renamed “Blue Line” by Jules Ferry to mark the border. Monks colonized the high areas and opened the way for agriculture, but the valley development owes much to the mining industry, then the textile industry, which found there the requisite raw material, energy and workforce. Today, the wood industry, agriculture and tourism are great assets in this territory, along with its natural and cultural heritage, the mythical blue line, breathtaking sceneries, hikes trails, great local products and craftsmanship, not to mention dynamic and rich cultural programmes.

The numerous museums and structures of interpretation (In French) give key insights into the history behind this territory. 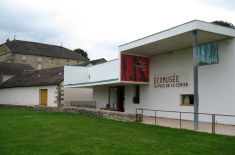 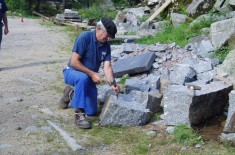 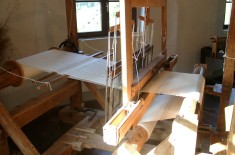