They shelter a great variety of fauna and flora as they connect sedimentary and crystalline volcano rock. These “Terres Plurielles” (plural lands), hailing from both the Vosges and Franche-Comté regions, attracted diverse people who sought work in the local mines, spinning or weaving mills as early as the Middle Ages. These lands are today at the crossroads of three regions and four departments, culminated by the Ballon d’Alsace at the far southern edge of the Vosges Mountains.

The Ballon d’Alsace: in clear weather, a magnificent landscape unfolds from its 1,248 metre peak, stretching to the Alps’ snow-capped border. Ballon d’Alsace history is linked to that of the shepherds who exploited its mountains in the late Middle Ages. In 1763 a road was built between Lepuix-Gy and Saint-Maurice, thus increasing the flow of visitors. Inns were added to farms. After 1870 many tourists came to see the annexed Alsace. Hotels and shelters multiply, open throughout the year. Today the visitor count is estimated at 800,000 per year. 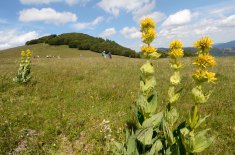 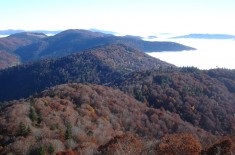 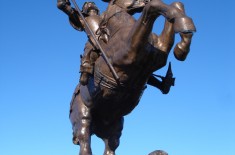