Alongside the Rhine Plain, the mountain’s eastern foothills favour the vineyard – and led to beautiful architectural developments along the famous “Route du Vin” (Wine Road).
Wine growing was introduced in the Alsace region by the Romans, and developed by monks as early as the ninth century. From the thirteenth century onwards, wine-growing villages were fortified, and protected by mighty noble families.

Sheltered within the Hautes-Vosges, Alsatian foothills benefit from a particularly warm and dry microclimate. Here, on calcareous ground, moors and lawns resemble Mediterranean garrigues or Eastern steppes. These arid lawns were created by Man, who cleared budding oaks to enhance sub-Vosgian hills as early as the seventh century; this original environment lost its pastoral calling and is now facing the expansion of Alsatian vine. Nowadays, a conservation management maintains and restores the living environments of many species, such as green lizards, Cirl Buntings, and a wide variety of orchids and Prairie Smoke. 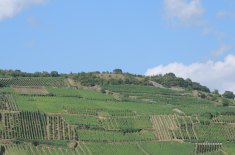 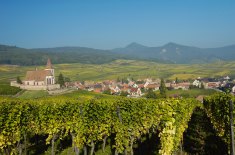 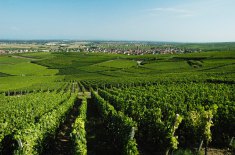 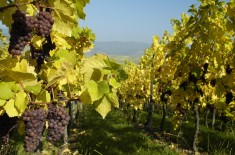