Landscape diversity in the Park is ideal for many environment-friendly outdoors activities.

This model aircraft can be a plane, a glider, a helicopter, a hot air balloon, for the most common ones… but it can also be totally invented… or be the replica of a current or past flying machine. In this case, one speaks of flying model.

Aeromodelism on the “Petit Ballon”

The “Petit Ballon” is a major site for aeromodelism. In order to organize and secure this activity, a convention was signed in 2007 between the Aeromodelism Regional Committee, Petit Ballon municipalities, private owners and the Park. This approach is one of the actions identified by local players in the scope of Natura 2000. Aeromodelists undertake to limit the number of machines in the air, to ban the use of combustion engines, to respect the nearby fields etc. 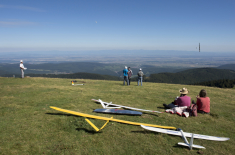 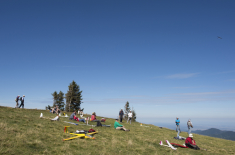 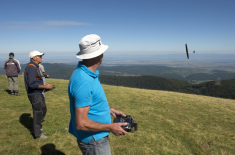 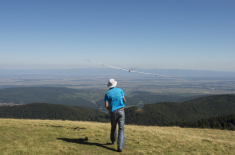